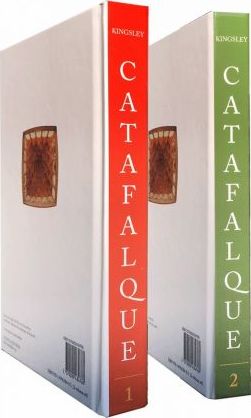 Catafalque offers a revolutionary new reading of the great psychologist Carl Jung as mystic, gnostic and prophet for our time.

This book is the first major re-imagining of both Jung and his work since the publication of the Red Book in 2009--and is the only serious assessment of them written by a classical scholar who understands the ancient Gnostic, Hermetic and alchemical foundations of his thought as well as Jung himself did. At the same time it skillfully tells the forgotten story of Jung's relationship with the great Sufi scholar, Henry Corbin, and with Persian Sufi tradition.

The strange reality of the Red Book, or "New Book" as Carl Jung called it, lies close to the heart of Catafalque. In meticulous detail Peter Kingsley uncovers its great secret, hidden in plain sight and still--as if by magic--unrecognized by all those who have been unable to understand this mysterious, incantatory text.

But the hard truth of who Jung was and what he did is only a small part of what this book uncovers. It also exposes the full extent of that great river of esoteric tradition that stretches all the way back to the beginnings of our civilization. It unveils the surprising realities behind western philosophy, literature, poetry, prophecy--both ancient and modern.

In short, Peter Kingsley shows us not only who Carl Jung was but who we in the West are as well. Much more than a brilliant spiritual biography, Catafalque holds the key to understanding why our western culture is dying. And, an incantatory text in its own right, it shows the way to discovering what we in these times of great crisis must do.